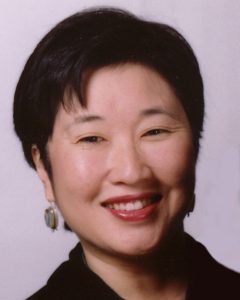 Professor and Co-Director of Graduate Studies of the Social Documentation Program, Film & Digital Media Department at University of California, Santa Cruz.  Her films address Asian American and immigrant/diaspora themes and have been shown at the Cannes Film Festival, Sundance Film Festival, Toronto International Film Festival and numerous others.  She has been honored with the Guggenheim Fellowship, Peabody and Dupont-Columbia awards, and she has been nominated for an Academy Award for her documentary, Who Killed Vincent Chin?  Her films have been broadcast throughout the world, including the BBC, CBC, Tokyo Broadcasting, PBS, HBO, Lifetime, and the Sundance Channel.  She has also been a cultural commentator for National Public Radio and a film critic for The Village Voice.   Her most recent film, Calavera Highway, is part of the AMERICAN FILM SHOWCASE program.