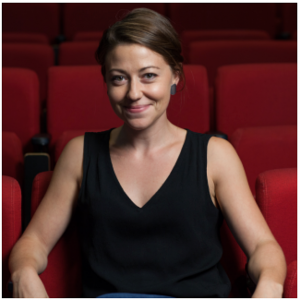 Jessie is a documentary filmmaker and cinematographer based in Brooklyn, NY. In 2014 she began working as a Human Rights Storyteller for EarthRights International, collaborating with indigenous communities in the Mekong and Amazon regions to advocate for human and environmental rights. Her dedication to using video for advocacy and empowerment lead her to the School of Visual Arts’ Social Documentary Film program, where she received an MFA in May 2018. “The Boxers of Brule” is her directorial documentary feature debut.

Shaionna, a young Lakota woman, creates a girls’ boxing team to combat the youth suicide epidemic threatening the Lower Brule Sioux Reservation. With the odds stacked against her, Shaionna must confront her own demons as she fights to bring hope and healing to her community.