V. Scott Balcerek is a filmmaker and musician. Scott edited MORE THAN A GAME, a feature documentary 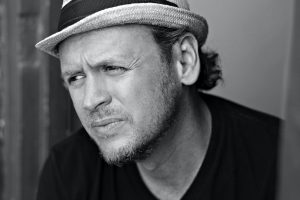 about LeBron James, which was released by Lionsgate and nominated for an Independent Spirit Award. He directed REPLAY, a branded doc series that received numerous advertising accolades, including eight Gold Lions at Cannes. Prior, Scott was the Senior Visual Effects Editor for George Lucas’ Star Wars films, Episodes I and II, as well as Ang Lee’s THE HULK and Wolfgang Petersen’s THE PERFECT STORM. Scott attended the American Film Institute in Los Angeles while editing a short documentary, Street Songs, which received a Student Academy Award. He has been shooting SATAN & ADAM for over 20 years. It is his first feature film as a director.