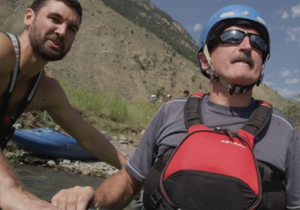 Filmmaker Tucker Gragg is invested in the power of documentary as a platform for change, empathy and entertainment. He is the director of Feel of Vision (Mountainfilm 2019), which follows blind whitewater kayakers who paddle down some of America’s wildest rivers. 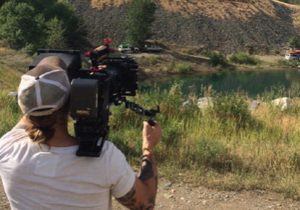 Austin Gardner has spent most of his professional life in the corporate world, but also carves out space for playing in bands, becoming ever more familiar with the U.S. Forest Service lands, accumulating air miles and delving into new creative outlets that force him to expand his skill set. He believes that documentary work can be one of the most beautiful and effective forms of communication there is. He is the co-director of Feel of Vision (Mountainfilm 2019).