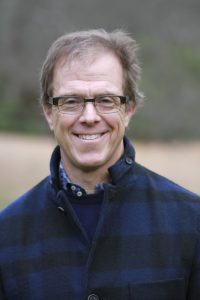 Bill Haney is a filmmaker, inventor and entrepreneur. As a writer, director and producer of both narrative documentary films, he has won The Gabriel Prize, A Silver Hugo, The Earthwatch Award, A Marine Conservation Award, and an Amnesty International Award. Chosen as Global Leader of Tomorrow by the World Economic Forum, he has won an Humanitarian Award from Harvard Medical School, a Distinguished Service Award from the Senior Olympics, the Slow Food Prize, a Genesis Award, an Achievement Award from the ACLU, been repeatedly nominated for a NAACP Image Award, been short listed for an Oscar and won the Pare Lorentz Award.

His first invention was a system for reducing air pollution from power plants, and became the basis for his first company when he was a freshman at Harvard. He has since started or helped start more than a dozen companies. He is presently the Chairman of Blu Homes, a technology company building elegant, low carbon footprint homes for families across the United States and the CEO of Equipoise Therapeutics, a company developing drugs to treat cancer.

Bill serves or has served on a variety of non-profit and government boards including for the NRDC, US EPA, US DOE, Harvard’s Kennedy School and MIT. He is a founder of World Connect, a non-profit partnered with the Peace Corps and dedicating to improving the health and welfare of mothers and children in the developing world, with programs now launched in more than 1000 villages in 24 countries.

Bill is a graduate of Harvard College and served as a Fellow of Harvard’s Kennedy School. He lives in Sausalito, California with his partner Maura and three children.

Breakthrough tells the astonishing story of a renegade scientist’s visionary quest to find a cure for cancer, the disease that killed his mother. Today, Texan Jim Allison is a 2018 Nobel Prize winner for discovering how to prompt a cancer patient’s own immune system into defeating their disease, but for decades he waged an often-lonely struggle against the painful skepticism of the medical establishment. Narrated by Woody Harrelson, and featuring music by Willie Nelson, Mickey Raphael, and a powerful score by Mark Orton, Breakthrough tells Jim’s story in a way that is inspiring, informative and highly entertaining.