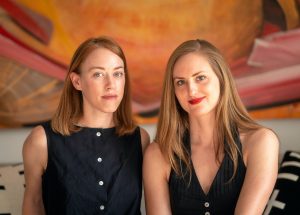 Suzannah Herbert
Raised in Memphis, TN, Suzannah Herbert directed and produced WRESTLE – an intimate, verite documentary following the lives of four Alabama high school wrestlers fighting for so much more than the state championship. Named one of the top 5 documentaries of 2019 by the National Board of Review, lauded as “Superb” by the Los Angeles Times, and hailed a New York Times Critics’ Pick, WRESTLE was released theatrically by Oscilloscope Laboratories and premiered nationally on PBS’s Independent Lens.

Herbert frequently collaborates as an editor on various Bob Dylan film projects, and has edited musical short documentary content for Tony Bennett and Paul Simon. She edited PBS’s GREAT PERFORMANCES: TONY BENNETT & DIANA KRALL and three episodes of the series 1300 MEN: MEMPHIS SANITATION STRIKE for The Root. Before directing her first feature, she worked as an assistant editor on Michael Moore’s Oscar-shortlisted WHERE TO INVADE NEXT, FAHRENHEIT 11/9, and Martin Scorses’s ROLLING THUNDER REVUE, a Netflix Original released in 2019. Herbert lives in Queens, NY, but drifts between Memphis and New Orleans whenever she can.

Lauren Belfer
Lauren Belfer is a filmmaker and producer based in Brooklyn, NY. She is the co-director, producer, and writer of WRESTLE, an intimate feature documentary following four Alabama teenagers attempting to overcome seemingly insurmountable obstacles through one historic wrestling season. A New York Times Critic’s Pick hailed as “superb” by the LA Times and “vital” by The Hollywood Reporter, WRESTLE was released theatrically by Oscilloscope Laboratories and closed out the 2019 spring season of Independent Lens on PBS.