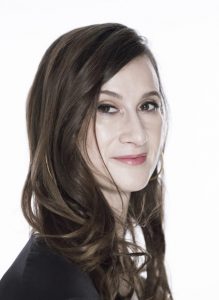 Cynthia Lowen is an Emmy-nominated filmmaker and writer. She is the director of NETIZENS, a feature documentary about women and online harassment, making its world premiere at the 2018 Tribeca Film Festival and its international premiere at Toronto’s Hot Docs.

She is also the producer and writer of BULLY, a feature documentary film following five kids and families through “a year in the life” of America’s bullying crisis, which she developed in partnership with Emmy- and Sundance-award winning director Lee Hirsch. Filmed over the course of the 2009/2010 school year, BULLY opens a window onto the pained and often endangered lives of bullied kids, revealing a problem that transcends geographic, racial, ethnic and economic borders.

Lauded by reviewers, BULLY was awarded a prestigious Alfred I. DuPont-Columbia Awardfor excellence in journalism, as well as the 2013 Stanley Kramer Award from the Producers Guild of America, the True Life Fund Award, the Cinema Eye Audience Award, the Emery Award, the Bergen Film Festival Audience Award, and more. Drawing on BULLY’s success, the filmmakers created The BULLY Project Social Action Campaign, a collaborative effort in partnership with multiple organizations, foundations, brands and corporate sponsors, sharing a commitment to ending bullying and transforming society.

The film and campaign have garnered support from such prominent voices as Anderson Cooper, Ellen DeGeneres, Kelly Ripa, Meryl Streep, Katie Couric, Justin Bieber, and many others. Featured at several summits on education and school climate, in April of 2012 BULLY was screened at the White House. The impact of this documentary and the associated social action campaign was recently explored in Anderson Cooper’s 1-hour special, The BULLY Effect, premiering on CNN.

Through her work on BULLY, Cynthia has lectured extensively on filmmaking, bullying and school climate and culture, addressing the Producer’s Guild of America, the Middle School Presidential Inaugural Conference, Ideafestival, Open Society Foundations, New York Women in Film & Television, Texas Trailblazer Awards, the Tribeca film festival, among others. She is the co-author of The Essential Guide to Bullying, Prevention and Intervention(Alpha) with Cindy Miller, a school social worker, psychotherapist, educator and parent consultant. Cynthia is also the editor of BULLY: An action plan for teachers and parents to combat the bullying crisis (Weinstein Books). She has also authored several articles and has appeared widely on television shows and radio programs to speak on the subject.

Cynthia is also an award-winning poet and winner of the 2012 National Poetry Series for her collection The Cloud That Contained the Lightning, published by University of Georgia Press. Using the character of J. Robert Oppenheimer, known as the “father of the atomic bomb,” as a jumping-off point, the collection explores the enduring legacy of nuclear weapons. Of these poems, Pulitzer Prize-winning author Richard Rhodes writes, “No biographer in 600 pages has come closer to understanding him [Oppenheimer]–and the bomb–than does Cynthia Lowen in these subtle, resonant poems.” Cynthia is the recipient of the Hedgebrook Women Authoring Change Fellowship sponsored by William Morris Entertainment, the Discovery Prize, residencies to the MacDowell Colony, Yaddo, The Fine Arts Work Center in Provincetown, among other honors.

NETIZENS delves into the lives of three women whose lives have been transformed by online harassment. Carrie Goldberg is an attorney in New York City, who launches an internet privacy and sexual assault law firm in the wake of her own cyber harassment. Tina Reine, in West Palm Beach, is a successful businesswoman whose career is derailed after an ex-boyfriend creates numerous reputation-harming websites. San Francisco-based Anita Sarkeesian is the creator of a popular web-series, “Feminist Frequency,” critiquing representations of women in video games, who is the target of a cyber-mob’s ongoing campaign of rape and death threats.

While law enforcement lags far behind the crimes, the film’s subjects seek justice on their own terms. Carrie’s law firm takes off in the midst of the #MeToo movement; Tina speaks out about her experiences and breaks back into the finance industry; and Anita creates a new series about race, gender and inequality in America. NETIZENS bears witness as a courageous wave of individuals transform the web as we know it.