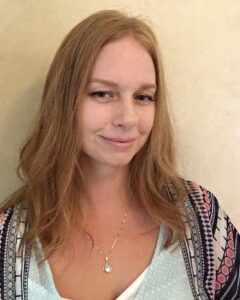 Jaime Meyers Schlenck has been editing award-winning nonfiction films for two decades. Her most recent film, 9TO5: THE STORY OF A MOVEMENT, debuted on PBS’ Independent Lens and was nominated for a Peabody Award. She edited A LION IN THE HOUSE (Sundance premiere, Primetime Emmy Award winner), TV series including HBO FIRST LOOK, and 60+ studio release behind-the-scenes documentaries such as SEX AND THE CITY and HAIRSPRAY. She was additional editor on the documentaries AMERICAN FACTORY美国工厂 (Academy Award winner) and DAVE CHAPPELLE’S LIVE IN REAL LIFE. Jaime is a founding member and president of Women in Film Cincinnati.