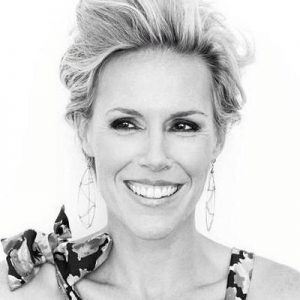 Jenna Ricker wrote, directed and produced her first feature film, Ben’s Plan. A coming of age drama starring Ben Schnetzer (Pride, Goat) and made on a micro-budget, it was awarded Best Drama at the AOF Festival, Distinguished Debut at the London Independent Film Festival, and Jenna was honored with the Mira Nair Award for Rising Female Filmmaker.

Originally from California, she moved to New York to study acting at the Tisch School of the Arts. While volunteering as a script reader and working in a commercial production house, she began writing and directing theater. Her first screenplay, The Garage was a quarterfinalist of the prestigious Nicholl Fellowship. Security, her first collaboration with Greg Stuhr, was selected for the IFP’s Emerging Narrative Program. She co-wrote and directed their second collaboration The American Side hailed as an “adrenaline-charged pop-noir mystery,” by The Hollywood Reporter and starring Greg Stuhr, Matthew Broderick, Janeane Garofalo, Robert Forster, Camilla Belle and Robert Vaughn (In theaters, Spring 2016). With award-winning producers Caroline Waterlow and Nina Krstic (OJ: Made in America), she is currently developing several projects including a limited-series based on her script Security and a long-form narrative series set in the late 60’s. She is a member of the Director’s Guild of America.

In the world of motorsports, the Indianapolis 500 has long been considered ‘the only race’. In May, 1977, Janet Guthrie earned a place among the prestigious field of 33. A year later, overcoming impossible odds, Guthrie cobbled together her own team for a stunning success. Yet just when her career should have rocketed forward, it suddenly, inexplicably stalled.