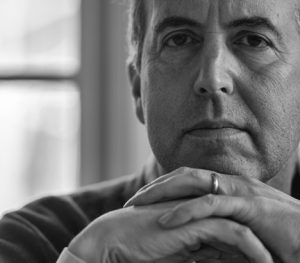 Oren Rudavsky is the recipient of a Guggenheim Fellowship, and several National Endowment for the Humanities and National Endowment for the Arts grants. Rudavsky co-wrote and directed the American Masters documentary: Joseph Pulitzer: Voice of the People. The film was nominated for an Emmy as part of the American Masters series as well as a Critics Choice Award. His film A Life Apart: Hasidism in America was short-listed for the Academy Awards and broadcast on PBS and his film Hiding and Seeking was nominated for an Independent Spirit award and was chosen for the PBS POV series. Oren co-wrote and directed The Treatment, his fiction feature starring Chris Eigeman, Ian Holm and Famke Janssen. The film premiered at the 2006 Tribeca Film Festival where it was awarded Best Film, Made in New York. Other work written and directed by Rudavsky includes Colliding Dreams, Witness Theater, Time for School, And Baby Makes Two, Spark Among the Ashes, At the Crossroads, Theater of the Palms, Dreams So Real and A Film About My Home. Oren also worked as a post-production supervisor on the film unit of Saturday Night Live and the syndicated series Tales From the Darkside and Monsters.