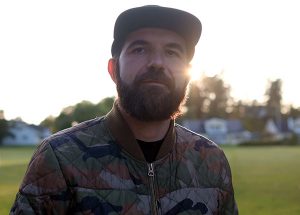 Floyd Russ is an Emmy nominated commercial, music video and film director. His short film, ZION, premiered at the 2018 Sundance Film Festival and was acquired by Netflix. In 2017, his spot, “Love Cam”, for Love Has No Labels won Gold and Silver Clios and was nominated for an EMMY for Best Commercial. Floyd‘s work has spurred debates on CNN, FOX, NBC, MSNBC, the Today Show and has been featured on outlets like TIME, HUFF POST, NY TIMES, amongst others.

In 2014, “Unload Your 401k” won Titanium and Silver Lions at Cannes Festival of Creativity and his short film “A Piece Of The Bottom” premiered on VICE. His recent campaigns include work for Infiniti, Gillette, Toyota, Statefarm, National Parks and SK-II, which has been viewed over 35 million times globally and won prestigious Glass and Gold Lions at Cannes in 2016. He grew up in Germany and Los Angeles where he discovered his love for film and started making short films at age 12. After graduating from UCLA Film School, he moved to New York and began directing commercials and music videos. Floyd’s passion for bringing to life unique points of view is unrivaled. His dedication to detail is based on his past experiences as an editor, cinematographer and producer.

Zion is a disabled Ohio high school wrestler who grew up in foster care and used wrestling as his source of therapy and family.