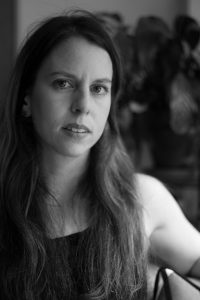 Jenny Schweitzer Bell is a New York City based producer and director. Her work primarily focuses on character driven stories in connection with identity, culture, and social injustice. Her two shorts, Girls in Chess, which premiered with The New Yorker and The Magic of Chess, which debuted with The Atlantic, has led to the development of a feature-length documentary film exploring the gender gap amongst competitive mind sports.

Schweitzer’s other short documentaries have premiered with the New York Times, National Geographic, and have been selected for a Vimeo Staff Picks. Her films have screened at festivals worldwide including Hot Docs, San Francisco International Film Festival, Seattle International Film Festival, Aspen Shortsfest, New York International Children’s Film Festival, and DOC NYC. She has completed two multi-part projects: a 6-part series for Amazon Studios to serve as companion videos for the Todd Haynes film, Wonderstruck and Rhythm in Motion, a 10-part series highlighting NYC’s subway musicians, distributed in its entirety with The Atlantic.

Prior to her directing work, Jenny spent fifteen years producing and production managing narrative feature films. She studied photography and film at the Rhode Island School of Design before transferring and graduating from NYU’s Tisch School of the Arts.