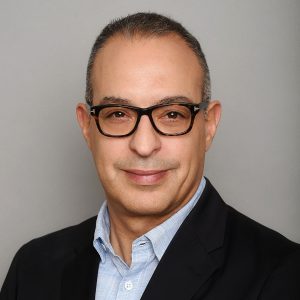 Michael Tolajian has served as Senior Coordinating Producer of Original Content at the Pac-12 Networks, where in collaboration with Pac-12 universities, he developed and produced original programming for linear, digital and social platforms.

In 1999, he formed his own production company, BonaFide Films, directing, writing and producing for film, television and online. His notable projects include Peabody Award-winner Once Brothers (ESPN 30 for 30) and HBO’s Emmy-winning Real Sports with Bryant Gumbel.

Earlier in his career, Tolajian served as director, writer and producer for Pawnshop Pictures, where he worked on the award-winning independent feature film A Jersey Tale.