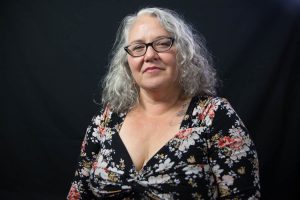 Dawn Valadez is a filmmaker, activist, resource wrangler, and impact strategist. Her award-winning feature documentary, GOING ON 13 (with Kristy Guevara-Flanagan) premiered at the Tribeca Film Festival and follows the stories of four preteen girls of color as they grow up and become young women. Dawn is currently producing two feature documentaries – THE PUSHOUTS (2018) AND TEACHER LIKE ME (in production) – which are thematically related to each other and to her first feature documentary. These films are a trilogy on race, class, education, and coming of age in the United States. These projects have received funding from the Corporation for Public Broadcasting, Latino Public Broadcasting, California Humanities, Ford Foundation/Just Films, Sundance Institute*Skoll Foundation-Stories of Change, the Berkeley Film Foundation, and Chicken & Egg Pictures, and private donors.

Dawn advises on documentary films along with impact and public engagement campaigns. She has been selected for residencies and fellows programs such as the Corporation for Public Broadcasting Producer’s Academy, two time recipient at the BAVC Media Makers Fellowship, two time fellow at NALIP’s Latino Producers Academy and Media Market, the Sundance Institute*Skoll Foundation Stories of Change Lab, and the Women of Color Filmmakers’ Artist Residency Center. Dawn is a member of the SF-Bay Area Film Fatales and the Brown Girls Doc Mafia. She serves on the board of the Bay Area Video Coalition (BAVC).

A 20 year veteran of non-profit service, Dawn has raised over $25 million from foundations, government, corporations, and individuals. Dawn has served on many non-profit, education, youth development, and health boards, and has developed nurse run health clinics, developed youth leadership programs, and directed capital campaigns. She is a bold advocate for underserved populations, especially children and youth, students, LGBTQi/ queer and gender non-conforming communities, Xicanx/ Latinx communities, low-income people, women, and people of color. She lives and works in Oakland, California.

I WAS IN PRISON BEFORE I WAS EVEN BORN. So begins the story of Dr. Victor Rios who, by 15, was a high school dropout and gang member with three felony convictions and a death wish. But when a teacher’s quiet persistence, a mentor’s moral conviction, and his best friend’s murder converge, Rios’s path takes an unexpected turn. Through Rios’s personal lens and its interplay with the stories of the youth of Yo!Watts, THE PUSHOUTS interrogates crucial questions of race, class, and power – and the promise and perils of education – at a particularly urgent time.