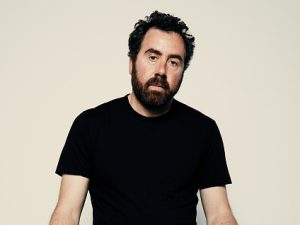 Emmanuel Vaughan-Lee is a filmmaker, musician and composer. His work has been featured in The New York Times, The Atlantic, exhibited at The Smithsonian and screened at festivals worldwide. He has directed and produced numerous award-winning films including Isle de Jean Charles (2014) Yukon Kings (2013), Elemental (2012), A Thousand Suns (2009), What Would It Look Like (2009), A Game For Life (2008), and Barrio de Paz (2007)). He also the founder and director of The Global Oneness Project, a Webby Award-winning media and educational platform. Prior to his work in film, Emmanuel performed with some of the biggest names in Jazz, as well as releasing two critically acclaimed records under his own name Previous Misconceptions (2002) and Borrowed Time (2005). He is a graduate of Berklee Collge of Music where he studied improvisation and composition. He lives in a small coastal town in Northern California with his wife and two children.

Earthrise tells the story of the first image captured of the Earth from space in 1968. Told solely by the Apollo 8 astronauts, the film recounts their experiences and memories and explores the beauty, awe, and grandeur of the Earth against the blackness of space. This iconic image had a powerful impact on the astronauts and the world, offering a perspective that transcended national, political, and religious boundaries. Told 50 years later, Earthrise compels us to remember this shift and to reflect on the Earth as a shared home.