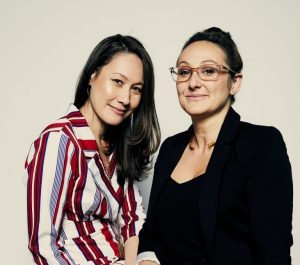 For nearly a decade, DYANA WINKLER worked full time supporting filmmakers at the Sundance Institute Documentary Film Program and later the Tribeca Film Institute Feature Film Program, where she deliberated upon thousands of grant submissions in both documentary and fiction film and was responsible for seeking out and supporting underrepresented filmmakers in the industry. Winkler also worked as a screener for Chicken & Egg Pictures, programmed for the Sundance Film Festival and the Outfest Film Festival and is an alumni of the Film Independent Fast Track and Documentary Lab. Her most recent narrative screenplay, ‘Bell’, was awarded the 2016 Sundance Sloan Commissioning grant, the 2017 SFFILM Science in Film Grant, and participated in the 2017 Sundance Screenwriter’s Lab. Fluent in French and Tibetan, Winkler spent nearly a decade living internationally, where she interviewed recent escapees from Tibet for local TV stations and newspapers and directed a short documentary film on South Asian orphanages, for BBC. Straddling the worlds of both fiction and documentary, Winkler is a firm believer that filmmaking is less about the genre, and more about the ability listen and tell a good story. Originally hailing from Hawaii, Winkler currently works as a freelance filmmaker in Los Angeles, CA.

For more than 20 years New York-based, Vietnamese-Australian filmmaker TINA BROWN has worked in media and entertainment through various roles including film publicist, magazine editor and writer, TV & Film producer, and now filmmaker. Brown co- produced the award-winning feature-length documentary DEAR MANDELA, which was supported by the Sundance Institute and was nominated for an African Academy Award. In 2009, she co-founded 2300 Films with her multi Emmy- award winning Director of Photography husband, Matt Peterson ACS. They have shot features and commercials in almost every U.S. state including Alaska and Hawaii, and international locations from the San Blas Islands to Portugal. Their clients include Apple, Red Bull, Puma, Gatorade, and Levi’s; as well as some of the most watched sporting events from figure skating features for the Winter Olympics, to the Super Bowl, Tour de France and US Open Tennis. Receiving a B.A. in Journalism and English from the University of Queensland, Brown spent four years as Editor of an Australian magazine focused on positive media and promoting awareness of global issues. She also created PR and marketing film distribution campaigns for studios including DreamWorks, Disney, MGM, Miramax, Paramount, Pixar, Universal, Village Roadshow and is an alumni of the Film Independent Fast Track and Film Independent Documentary Lab.

When America’s last standing roller rinks are threatened with closure, a community of thousands battle in a racially charged environment to save an underground subculture– one that has remained undiscovered by the mainstream for generations, yet has given rise to some of the world’s greatest musical talent.