Synopsis:
For decades, heavy industrial pollution has infiltrated the waters of the Anacostia River, which cuts right through the heart of Washington, D.C. A broad coalition of city and federal officials, nonprofits and corporations are working hard to reverse those effects. This issue is seen by many as one of environmental justice as the river not only divides the city geographically but socioeconomically and culturally as well. This film takes a hard look at the issues, the progress thus far and the stakes involved in making the river fishable and swimmable for future generations. 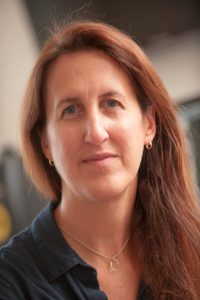 Liz Norton was a freelance television producer for over ten years, with a focus on public policy issues. Those programs included several Fred Friendly Seminars for PBS, which explore thorny political and ethical issues in depth and she has also produced for MTV News, educating teens on crime-related issues. During the Clinton Administration, Liz was a research director in the White House Office of Communications. In that role, she served as a link between the president, the press and the public, primarily on the issues involving crime and drug policy. Before then she was a researcher on political campaign finances for Common Cause, a non-partisan lobbying organization. For twenty years Liz has been a director of the Diane and Norman Bernstein Foundation in Washington DC. She founded Stone Soup Films in early 2008.