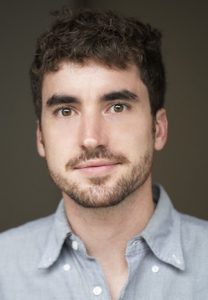 Ben Nabors is an East Coast-based filmmaker. His debut feature documentary “WILLIAM AND THE WINDMILL”, about windmill inventor William Kamkwamba, won the Grand Jury Prize at the 2013 South by Southwest Film Festival. He co wrote and produced the short film “Palimpsest”, which premiered at the Sundance Film Festival (2013) where it won a Special Jury Prize. In 2014, he produced “BROOKLYN FARMER” (World Premiere at DOC NYC), which screened in the Culinary Zinema program at the San Sebastian Film Festival, in conjunction with the Berlinale. In 2015, he wrote and produced “Actor Seeks Role”, starring Alex Karpovsky and Dylan Baker, which won the Grand Jury Prize at IFFBoston and had its online premiere with The New Yorker. 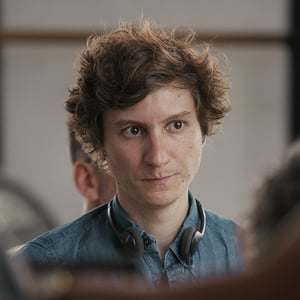 Michael Tyburski is an award-winning filmmaker of short films, documentaries, branded content, and commercials. His work has been featured on The New Yorker, Indiewire, NOWNESS, Short of the Week, and in Filmmaker Magazine, which named him amongst the “25 New Faces of Independent Film.” He directed and co-wrote the short film, “Palimpsest,” which won a Special Jury Award at the Sundance Film Festival, and his short documentary, “Brooklyn Farmer,” was selected to screen at the San Sebastian Film Festival as part of the Culinary Zinema section, presented in conjunction with the Berlinale. His latest short, “Actor Seeks Role,” starring Alex Karpovsky (HBO’s Girls, Inside Llewyn Davis) and Emmy-nominated actor Dylan Baker (The Good Wife, Happiness), won the Grand Jury Prize at IFFBoston in 2015 and was selected by The New Yorker as part of their Screening Room series. He’s currently in development on his first feature-length film, which was selected for IFP’s Emerging Storyteller’s Program and the Screenwriting Lab at the Hampton’s International Film Festival. The script is a recipient of both the Alfred P. Sloan Foundation’s Screenplay Award and Sun Valley Film Festival’s High Scribe Award. His commercial work includes directing projects for Google, Target, Mircrosoft, L’Oreal, BlackBerry, Purina, GE, and Verizon. Michael grew up in the Northeast Kingdom of Vermont, and now lives and makes films in New York City and Los Angeles.