Synopsis:
Tech jobs are growing three times faster than our colleges are producing computer science graduates. By 2020, there will be one million unfilled software engineering jobs in the USA. Through compelling interviews, artistic animation and clever flashpoint in popular culture, CODE documentary examines the reasons why more girls and people of color are not seeking opportunities in computer science and explores how cultural mindsets, stereotypes, educational hurdles and sexism all play roles in this national crisis. Expert voices from the worlds of tech, psychology, science, and education are intercut with inspiring stories of women who are engaged in the fight to challenge complacency in the tech industry and have their voices heard. CODE aims to inspire change in mindsets, in the educational system, in startup culture and in the way women see themselves in the field of coding. 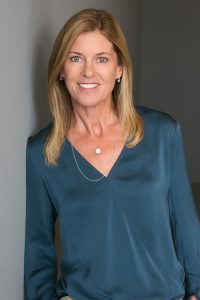 Robin is director and producer of cause-based documentary films at Finish Line Features, LLC. As a business woman, a longtime professional photographer and a disrupter, Robin brings her leadership skills, creative eye, and unleashed passion to her documentary film projects. Her artistic vision and experience in the business world afford her a unique perspective on what it takes to motivate an audience. Robin’s most recent award winning film, CODE: Debugging the Gender Gap, premiered at Tribeca Film Festival 2015, and has caught the attention of the international tech industry and of policy makers in Washington, DC and abroad. Previously, Robin co-directed and produced the documentary feature, Running for Jim, which won 14 awards at 20 film festivals. She has spoken about the importance of diversity in the workplace and on behalf of women’s rights at Mobile World Congress, Conferences for Women, SXSW Interactive Conference, InspireFest, AT&T Foundry FutureCast, Dell Women Entrepreneur Network. Robin has been featured in national publications: USA Today, Wired, Forbes, Fortune, The New Yorker, The Atlantic, Fast Company, Cosmopolitan, Glamour, Marie Claire, San Francisco Business Times and has appeared on Bloomberg TV, CNN, NPR. Robin is the 2016 recipient of the National Women’s Political Caucus
President’s Award for Exceptional Merit in Media.