Synopsis:
By 2017, the app market will be valued at $77 Billion. Over 80% of these developers are male. The Technovation Challenge aims to change that by empowering girls worldwide to develop apps for an international competition. From rural Moldova to urban Brazil to suburban Massachusetts, CODEGIRL follows teams who dream of holding their own in the world’s fastest-growing industry. The winning team gets $10K to complete and release their app, but every girl discovers something valuable along the way. 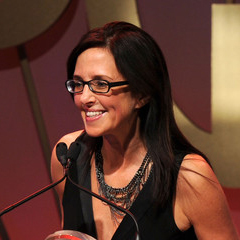 Lesley Chilcott is an award winning filmmaker, documentarian, and producer. She is the Chair of the West Coast Producers Guild of America (PGA) Non-Fiction documentary committee, and hosts popular PGA screening series The Doc Club. Chilcott got her start in film and production with MTV Networks. Before she made documentaries, she produced and directed hundreds of TV commercials. She was a producer of the 2007 Academy Award-winning documentary, AN INCONVENIENT TRUTH and also produced the amazing rock documentary IT MIGHT GET LOUD (2009) about legendary guitarists The Edge, Jimmy Page and Jack White. Other notable Chilcott-produced films include A MOTHER’S PROMISE, the Barack Obama biographic film for the Democratic National Convention in 2008, and WAITING FOR SUPERMAN (2010), for which she received an award for Outstanding Producer of Theatrical Documentary from the PGA. In 2014 Chilcott directed the feature documentary, A SMALL SECTION OF THE WORLD, about a village of women coffee producers from the Talamanca mountains of Costa Rica which played at the State Department of the UN in Geneva. The film also had and theatrical run and aired in 40 countries through Sundance International. Her short film CODESTARS garnered over 20 million views online and was the number one video on youtube.com for two days.