Synopsis:
Award winning documentary following hip-hop artist Che “Rhymefest” Smith – cowriter of the 2015 Oscar winning song “Glory” from the motion picture ‘Selma’ and 2005 Grammy winner for the song “Jesus Walks” with Kanye West – as he moves into his childhood home on Chicago’s South Side and hesitantly sets out to reconnect with his estranged father, the man who abandoned him over twenty years ago. 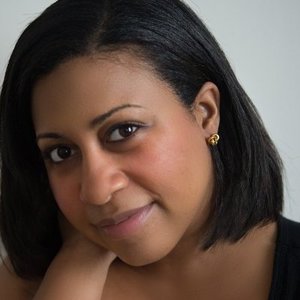 Jameka Autry is a documentary filmmaker and photographer based in New York City. In 2006 she was hand-selected to attend the prestigious Kalish Multimedia Photo Editing Workshop. She also attended Duke University’s Center for Documentary Studies, where she was chosen as a fellow for the 2011 Full Frame Film Festival. She has worked as a freelance producer and cinematographer focusing her attention on documentary work exploring social justice, human rights, and investigative journalism. In 2013 she joined Break Thru Films gaining experience in production and post production while working with clients such as HBO, AMAZON, Vogue, Conde Nast Entertainment, Kenneth Cole Productions, and Ovation. Most recently she served as the Series Producer on The Fashion Fund; a docu-series following the CFDA Nominees, featuring Anna Wintour, Diane von Furstenberg, and Jenna Lyons. She also co-produced the award winning documentary In My Father’s House which premiered at the 2015 Tribeca Film Festival and features Che “Rhymefest” Smith (co-writer of “Glory” and “Jesus Walks”) as he reconnects with his homeless father after twenty-five years.