Synopsis:
Where a college diploma once meant a guaranteed job, now more than half of America’s new college graduates are unable to find employment. Director Greg Whiteley (Mitt, 2014 Sundance Film Festival) locates the source of the problem not in the economy but in our educational system, which was developed at the dawn of the Industrial Age to train obedient workers and has changed little since, despite radical changes in the marketplace wrought by technology and the outsourcing of labor. With a world of information available a click away, and the modern workplace valuing skills like collaboration and critical thinking, our rote-based system of learning has become outdated and ineffective.

Charter schools like San Diego’s High Tech High, which replaces standardized tests and compartmentalized subjects with project-based learning and a student-focused curriculum, offer an alternative. Whiteley follows students, teachers, and parents to see if this different model can reawaken the love of learning and offer the potential for a paradigmatic shift in education. 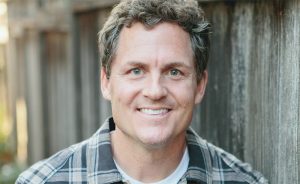