Synopsis:
Play It Forward is about the relationship between two brothers, the reluctant football star, future Hall of Fame tight end, Tony Gonzalez, and his older brother and wingman, Chris, whose heart’s desire was to play the game as only his little brother could. The film follows the Gonzalez brothers over the course of a pivotal year when both brothers chase a lifelong dream. Tony, in the final days of his career during a record year for the Falcons, can finally see the Super Bowl in his sites. Simultaneously, Chris, who has lived in his brother’s shadow, chases his mid-life ambition to become a firefighter. This candid, heartfelt film explores brotherhood, sacrifice and what it takes to achieve greatness, on or off the field. 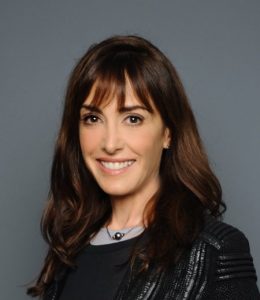 Andrea Nevins has produced, directed and written for documentary film, television news, public radio and newspapers for over 25 years. Her first independent documentary, Still Kicking, earned an Academy Award nomination. The 38-minute short chronicled the experiences of former dancers getting back on stage in their golden years. After a hiatus to have three children, Nevins partnered with Cristan Reilly to tell the story of aging punk rocker’s turned fathers in The Other F Word, which served as the genesis of Rare Bird Films. Since then, with her Rare Bird partners, she has written and directed for Peter Berg’s HBO series, “State of Play”, and her film, Play It Forward, about two brothers at mid-life as their dreams and sacrifices for NFL glory collide, was selected to open 2015’s ESPN/Tribeca Film Festival and was shown on Showtime.