Synopsis:
February 2012: The Vatican officially censures American nuns, putting them under the supervision of conservative bishops. The Vatican’s message is clear: Feminism is simply incompatible with Catholicism, and if you want to remain a part of the Church, you must abandon your “radical” ideology. The women refuse to back down. Follow Sisters Simone Campbell, Chris Schenk, and Jean Hughes as they challenge the patriarchal system, engaging everyday people in their struggle for equality and ultimately winning the heart of Pope Francis. From their cross- country Nuns on the Bus tour, to serving those on the margins, to a continued struggle for women’s religious equality, these sisters are transforming American politics — and the Church itself. Collaborating with feminist and faith based social justice organizations, we will leverage the film to support reform within religious institutions to end gender discrimination of women and girls in the U.S. and around the world and bridge divides to build a stronger progressive and feminist movement. 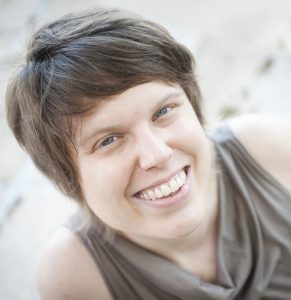 Rebecca Parrish has run her Chicago-based film company, Interchange Productions, since 2007. She has worked as an editor and cinematographer with Peabody and Sundance award-winner, Judith Helfand, Kindling Group and Kartemquin Films. In 2012 Rebecca produced and directed the interactive web documentary and engagement campaign, telling the stories of military sexual assault survivors as part of an advocacy campaign to reform the military justice system. The Protect Our Defenders project won the YouTube DoGooder nonprofit video award and the Salsa Labs 2012 Hot Tamale Award for outstanding campaign organizing. Rebecca is also an editor on RADICAL GRACE.