Synopsis:
A fatal turf war between neighborhoods haunts the city of Richmond, CA. Donté Clark transcends the violence in his hometown by writing poetry about his experiences. Using his voice to inspire those around him, he and the like minded youth of the city mount an urban adaptation of Shakespeare’s Romeo and Juliet, with the hope of starting a real dialogue about violence in the city. Will Richmond force Donté to compromise his idealistic ambitions? Or will Donté end Richmond’s cycle of trauma? 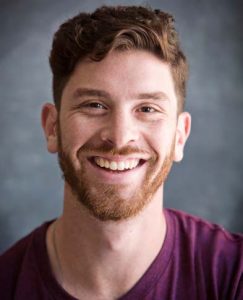 Jason Zeldes is a documentary editor and director, best known for editing the 2013 Academy Award® winning film, “Twenty Feet From Stardom”. The film earned Zeldes an ACE Award for Best Edited Documentary Feature, and led to other exciting collaborations, including co-editing the 2015 Sundance Documentary “Racing Extinction”, as well as HBO’S “The Music of Strangers”, and the “Chelsea Does” Netflix docuseries starring Chelsea Handler. In 2014 Zeldes made his directorial debut, Romeo is Bleeding, which won top prizes at over 20 festivals including the San Francisco and Seattle International Film Festivals.