Synopsis:
The short film Sophie and Ben is about a mother and her son who has an autism diagnosis. It was filmed by Sophie Sartain, who directed the feature-length Independent Lens documentary, Mimi and Dona, which also explores the trials of parenting and care. 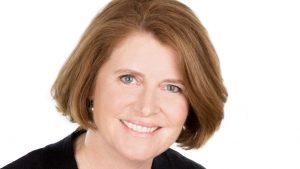 Sophie Sartain’s credits include the 2015 documentary MIMI AND DONA (director/ producer/writer), broadcast on PBS Independent Lens and named one of the Best TV Shows of 2015 by The New York Times; the 2014 documentary ABOVE AND BEYOND (writer), produced by Nancy Spielberg and winner of the audience award at more than 20 film festivals; the 2012 documentary HAVA NAGILA (THE MOVIE)(writer/producer), the opening or closing night film at more than 40 film festivals; and the Emmy nominated 2008 film BLESSED IS THE MATCH: THE LIFE AND DEATH OF HANNAH SENESH (writer/co-producer). Sartain’s past positions include Executive Director of Editorial Services for MGM Home Entertainment and Managing Editor of Sony Online Entertainment. She has contributed as a writer and story consultant on several documentary projects, including ROCK IN THE RED ZONE (2015), HOTEL EVEREST (projected 2017), and IN THE MATTER OF CHA JUNG HEE (2010, PBS). As a freelance writer, her clients have included Los Angeles Magazine, 20th Century Fox Home Entertainment, Sony Pictures Home Entertainment, Universal Studios, New Line Home Entertainment, CBS Sports Radio and ABC Radio Networks. She began her career as a reporter for The Houston Post.