Synopsis:
Teen Press is a short documentary film about the Santa Barbara “TEEN PRESS” journalism program. Seven years ago two visionary teachers started the program to teach kids about celebrity, character, and leadership. In a unique twist of fate the kids soon found themselves conducting interviews with some of the world’s most sought after celebrities and world leaders. 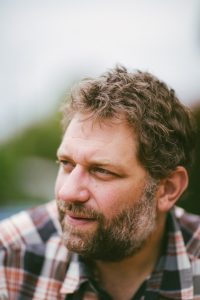 T.C. Johnstone is a multi-award winning documentary film director/producer. He has produced and directed multiple features and short documentaries as well as narrative films including the award winning film “Rising From Ashes” executive produced by Oscar winning actor Forest Whitaker. The film won 19 film festivals, received US and international distribution and was a catalyst for the creation of the Rising From Ashes Foundation which continues to support the work of peace and second chances in Africa. He is currently working with Oscar award winning writer David Seilder on the script for the Hollywood narrative adaptation of Rising From Ashes which he has been releasing “THE RACE” the life story of Jesse Owens. He is also the founder of the Gratis 7 Media Group Foundation which produces films designed to create measurable change in 5 specific areas; reconciliation, equipping servant leaders, assisting the poor, caring for the sick, and educating the next generation. Gratis 7 has produced 3 award winning documentary films as well as consulted on multiple films worldwide.