Synopsis:
The Adaptable Mind (11 mins) looks at the story of LA Art Professor Mary Beth Heffernen’s project with Ebola health care workers as a jumping off point to explore the skills we need to flourish in today’s world. 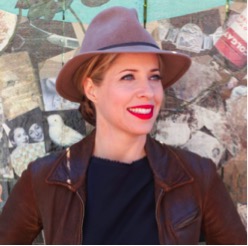 Honored by Newsweek as one of the “Women Shaping the 21st Century,” Tiffany Shlain is a filmmaker, founder of the Webby Awards, and co-founder of The International Academy of Digital Arts & Sciences. Her films and work have received 60 awards, including a Disruptive Innovation Award from Tribeca Film Festival. Four of her films premiered at Sundance Film Festival, including her feature documentary Connected: An Autoblogography about Love, Death & Technology, which The New York Times hailed as “Examining Everything From the Big Bang to Twitter.” Three of her films have been selected for the American Film Showcase including Connected, Brain Power: From Neurons to Networks and her new film The Science of Character. Her recent films employ a new way of making films that she calls “Cloud Filmmaking,” where she makes films collaboratively with people all over the world and then offers them for free with custom endings to nonprofits and schools around the world to help further their mission. The Science of Character premiered globally at over 1500 sites including schools, organizations and embassies. Tiffany traveled to South Africa with AFS in 2012, to Israel with AFS in 2013, and continues to host a series of “Cloud Filmmaking Salons” online via AFS for students around the world, most recently in Cairo, Egypt. Tiffany’s new hit film series for AOL Originals THE FUTURE STARTS HERE explores humanity’s co-evolution with technology, received over 20 million views, and was renewed for a second season.