Synopsis:
There’s a tech incubator popping up, but it’s not in Silicon Valley—it’s inside San Quentin State Prison. The Last Mile program teaches inmates entrepreneurship skills with the goal that each participant founds a socially conscious, tech-forward company. Award-winning filmmaker Ondi Timoner goes inside the innovative non-profit and follows inmates as they work to craft a business plan, pitch their ideas in front of venture capitalists, and then, transition back into society. 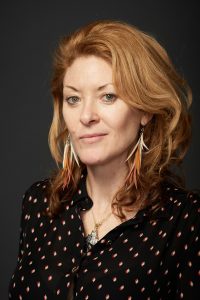 Director/Producer Ondi Timoner won the Grand Jury Prize at Sundance twice – for Dig! (’04) about the collision of art & commerce through the story of two bands & We Live in Public (’09) about Internet visionary, Josh Harris. Both films reside in MoMA NY. Her other features include The Nature of the Beast (1994), Join Us (2007), Cool It (2010) and BRAND: A Second Coming (2015). Ondi is the founder/CEA (Chief Executive Artist) of the award-winning production company, Interloper Films, and A TOTAL DISRUPTION, a network for entrepreneurs and artists documenting the top thought-leaders driving the greatest revolution in the history of mankind with technology. Ondi produces and hosts BYOD (Bring Your Own Doc) for thelip.tv, the only documentary talk show in the world, with over 200 episodes covering more than 300 of the greatest films in studio and over 25 festivals since 2011. She has directed commercials and web series for McDonalds, State Farm, Ford, The Army, and others. She has directed films for CNN Heroes, Honda’s Dream the Impossible series, which premiered at the 2011 Sundance Film Festival. She directed the opening film for President Clinton’s birthday/fundraiser concert featuring Steven Spielberg, Barbra Streisand, Jay-Z, and the President himself at the Hollywood Bowl. Timoner optioned a screenplay about photographer Robert Mapplethorpe for her first “pre-scripted actor film” entitled MAPPLETHORPE. She teamed up with Eliza Dushku in 2009 to produce the film.