Synopsis:
The Mask You Live In follows boys and young men as they struggle to stay true to themselves while negotiating America’s narrow definition of masculinity. Pressured by the media, their peer group, and even the adults in their lives, our protagonists confront messages encouraging them to disconnect from their emotions, devalue authentic friendships, objectify and degrade women, and resolve conflicts through violence. These gender stereotypes interconnect with race, class, and circumstance, creating a maze of identity issues boys and young men must navigate to become “real” men. Experts in neuroscience, psychology, sociology, sports, education, and media also weigh in, offering empirical evidence of the “boy crisis” and tactics to combat it. The Mask You Live In ultimately illustrates how we, as a society, can raise a healthier generation of boys and young men. 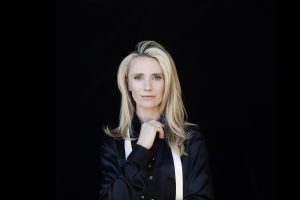 Jennifer Siebel Newsom is a filmmaker, CEO, advocate, and thought leader. After graduating with honors from Stanford University and Stanford’s Graduate School of Business, she wrote, directed, and produced the 2011 award winning documentary Miss Representation. As a result of Miss Representation’s powerful impact, she launched The Representation Project, a nonprofit organization that uses film and media as a catalyst for cultural transformation. Her second film as a director, The Mask You Live In, had its world premiere at the 2015 Sundance Film Festival and explores how America’s narrow definition of masculinity is harming boys, men, and society at large.

She also executive produced the Emmy Award-Winning and Academy Award- Nominated documentary The Invisible War, and is an executive producer on the documentary The Hunting Ground. She is currently in production on her third film, The Great American Dream. When she is not running The Representation Project and making documentaries, she serves as a Global Advisory Board member of the Dove Self Esteem Project, co-chair of We Day California, a commissioner on the Girl Scouts’ Healthy Media Commission, and on the Advisory Council for the Imagine Kids Bus Project. She resides in the San Francisco Bay Area with her husband, California Lieutenant Governor Gavin Newsom, and their four young children. – See more at: http://therepresentationproject.org/about/#team