Synopsis:
From the director of the Oscar-winning documentary “20 Feet from Stardom” comes the extraordinary story of the renowned international musical collective, The Silk Road Ensemble, created by legendary cellist Yo-Yo Ma. 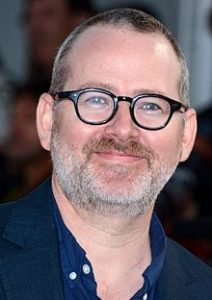 Morgan Neville, born in 1967, is an American film producer, director and writer. He was born in Los Angeles, California, graduated from the University of Pennsylvania and originally worked as a journalist in New York City and San Francisco, before moving into film production in 1993. Neville won the Academy Award for Best Documentary Feature for their 2013 film 20 Feet from Stardom, on March 2, 2014. His newest film, The Music of Strangers, opened in select theaters on June 10, 2016 after playing in festivals worldwide, such as Tribeca and Berlinale.

Jason Zeldes is a documentary editor and director, best known for editing the 2013 Academy Award® winning film, “Twenty Feet From Stardom”. The film earned Zeldes an ACE Award for Best Edited Documentary Feature, and led to other exciting collaborations, including co-editing the 2015 Sundance Documentary “Racing Extinction”, HBO’S “The Music of Strangers”, and Netflix docu-series “Chelsea Does” and “Abstract: The Art of Design”. In 2014 Zeldes made his directorial debut, Romeo is Bleeding, which won top prizes at over 20 festivals including the San Francisco and Seattle International Film Festivals.