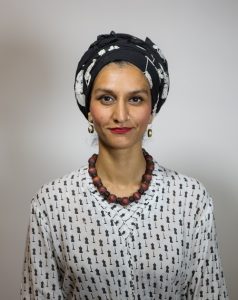 Anam runs Other Memory Media in Pakistan and Zunn Productions in Canada. She is a Locarno Open Doors 2017 alumni, Berlinale Talents 2018 fellow, Film Independent Global Media Makers 2019 Fellow and the American FIlm Showcase Documentary Development Lab 2019 Fellow. She is a founding member of the Documentary Association of Pakistan. Her latest fiction short “Saya” played in competition at the Chicago International Film Festival in 2019. Her first feature documentary as Producer/DOP won the Hotdocs Forum in 2019=6 and is scheduled to release in 2020. Her latest documentary feature as Director “Akeli Awara Azad” follows the feminist movement in Pakistan. She is also the creator of web series “Ladies Only” and part of the angry-girl band “Garam Anday”.