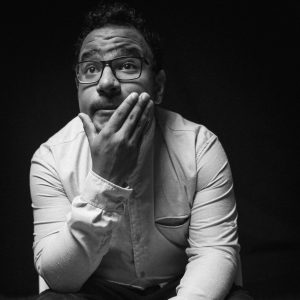 Edwin Corona Ramos is a Venezuelan independent filmmaker based in Caracas. He studied filmmaking at Andres Bello Catholic University and proceeded his studies in photography at Roberto Mata Photography School. He worked in advertising as a creative director, making numerous commercials for significant brands and eventually winning the prestigious Gold ANDA award in Venezuela. As a young filmmaker, he made several short documentaries for news agencies such as The Wall Street Journal, Vox, Bloomberg and Time Magazine. He directed the short series “Photographers in Resistance” (Fotógrafos en Resistencia) and “They Call Us Warriors” (Nos Llaman Guerreras), his debut full-length documentary, was awarded the Atlanta Film Festival Special Jury Award and screened in more than 30 film festivals worldwide. He is currently working on a short about a photographer who depicts the Venezuelan crisis through his images, and a documentary series called “Time to Go” that tells the story of the Venezuelan diaspora to foreign audiences through the eyes of those who are leaving and those who have left.