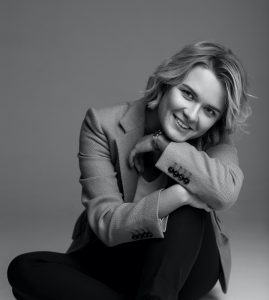 Sofia Geveyler graduated cum laude from the Russian State University of Cinematography (VGIK). Sofia’s thesis film ‘Given in Exchange’ about abandoned newborns was aired on broadcasting channel Rossia-Kultura, as well as on the Dutch documentary channel Holland Doc 24. The documentary ‘Given in Exchange’ has received Best Short Documentary Prize, Guangzhou International Documentary Film Festival, China; as well being the first Russian recipient of the CILECT Documentary Prize 2014, International Association of Film and Television Schools. Sofia’s debut film ‘Spirit in Motion’ is about the Sochi 2014 Winter Paralympic games and combines 8 heroes from different corners of the world. While the movie was in production, the International Paralympic committee named the documentary as the official movie of the Paralympic games, the first time that has happened in the more than 50-year history of the Paralympic movement. In 2018 Sofia released her new observational documentary as a part of the global project ‘Phenoms’ with 21st Century Fox showcasing up-and-coming soccer players on their way to the national team for the 2018 Football World Cup.