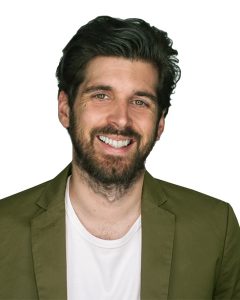 Dajan Javorac is Bosnian film director. He is co-founder of one of the biggest productions in the country, MANIA. His body of work includes documentary films, short fiction films, promotional films, commercials and music videos. His style derives from his photography background where he experimented a lot in pursuit of visually strong images. In past five years he directed over 150 projects and thus created portfolio with many styles. Even though he approaches projects by adapting himself to idea, rather than idea to himself, Javorac is best known for his short formats, especially in nature and outdoor films, where he found recognition across borders. His citizenship of Bosnia and Herzegovina means living in an ethnically mixed society, a society that still struggles with the war aftermath. Finding peace between different ethnic groups after so many years is something that his work showcases in a subtle way. His work is far from defined, as he just turned 30. With multiple projects in production, there is plenty to expect in future.