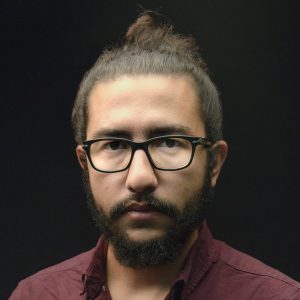 Mina Nabil is a Director, Cinematographer, and Producer from Alexandria, Egypt. In 2011, he received a bachelor’s degree in Cinema Production. Mina is also one of the Co-founders of Fig Leaf Studios Inc. He worked as a DOP for features, shorts, documentaries, and commercials for companies such as Google, Facebook, UN AIDS. He has attended several master classes such as Documentary Campus in 2014 Berlin, Beirut Talents in 2015, Robert Bosch Stiftung film Prize at Berlinale nominee in 2016, AFS program at the University of Southern California in Los Angeles during 2017, and Film Independent Fellow Doc Lab during 2018 in Los Angeles. Mina also participated at major festivals like Cannes, Berlinale, and Venice. Currently, Mina is teaching a one-year Cinedelta documentary school for the first time in Alexandria. Recently he received two awards from Gouna Film Festival for his upcoming documentary “I am A Script Girl” and he was a jury member at 22nd OFF Cinema Documentary International Film Festival Poznan, Poland.