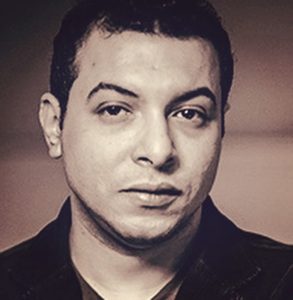 An Egyptian filmmaker, Yasser Naeim, was born in 1977. Naeim has always had a passion for storytelling and film directing. After working in film and TV production for more than 15 years, he directed his first documentary “Improvisation”. Since then, Naeim has co-written for sit-coms and films with other Egyptian filmmakers and has participated in screenwriting and development workshops internationally. In 2012, Yasser co-wrote the film “Winter of Discontent” with the director Ibrahim El Batout which premiered at the Venice Film Festival in 2013. Naeim has been working as a freelance line producer for independent shorts and feature films such as: “In the Last Days Of The City”, by Tamer El Said, which premiered at the Berlin Film Festival in 2016. Currently, Naeim is producing/directing his creative documentary “In Search of Essam Abdallah”.