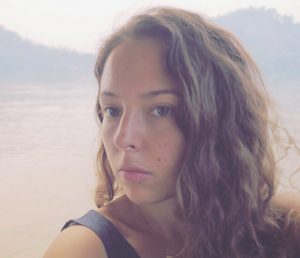 I graduated from Moscow State University with a degree in Modern Russian History in 2008, before going on to study for my second degree in documentary filmmaking in VGIK (Gerasimov Institute of Cinematography in Moscow). I graduated in 2013. Between 2012 and 2013 I participated in exchange program between VGIK and SADA (Stockholm Academy of Dramatic Arts). In 2016 took part in AFS documentary workshop in Los Angeles. My two feature films “Katya” and “On the Edge” enjoyed a great success with critics and won a number of National and International awards. I’ve been working as a freelance, making documentaries and commercial videos. I married my fellow-filmmaker Dmitry Bogolubov in 2014 and our daughter Elizaveta was born in 2017. Over the last couple of years my husband and I collaborated on a documentary feature film “Town of Glory”. “Town of Glory” has been made with the support of ZDF ARTE and Check TV.