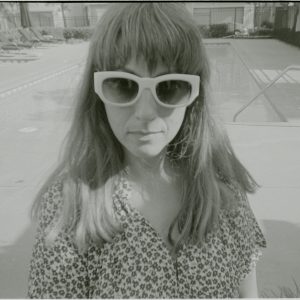 Ioanna Tsoucala is an independent filmmaker based in Greece. She studied photography and audiovisual media and later continued with Social Studies. She has worked as a freelance photographer in newspapers and advertising agencies. In 2012 she participated in the program ‘Cinema’, designed and curated by Athena Tsangari, with a full scholarship. As part of the program and for her final work, she created her first student documentary short film “Dafnomili 11-13”. Her work was presented at the 14th Francophone Film Festival of Athens. Since 2013, she has worked on various productions from various positions, mainly as a cinematographer and camera operator. In 2016, her first short film as cinematographer won the award of the Best Narrative Short film-Hong Kong Arthouse film Festival. Her work has been screened at multiple international festivals. Currently, Ioanna is working on her first feature-length creative documentary with the working title “The Second House”. In 2019 she was one of the 12 International filmmakers that got selected by the University of Southern California, with a full scholarship, to participate in the American Film Showcase Intensive Documentary Program in Los Angeles.