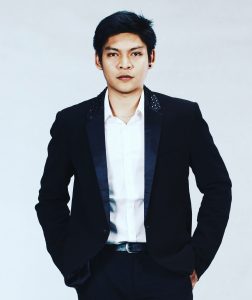 SEIN LYAN TUN is an emerging filmmaker from Myanmar whose documentary, Un-Silent Potato gained him recognition in his native Myanmar and throughout Southeast Asia. In 2015, his first short documentary film, Charred Brick, premiered at the One World Human Rights Film Festival in Prague, Czechia and won the People’s Choice Award. He has also made short fiction films such as Rula, which won awards in China and India, and an NHK co-produced TV documentary titled Border Boy which was presented at the IDFA Forum in 2016. Sein is an alumnus of the Talents Tokyo Lab in 2016, the Southeast Asia Film Lab in 2016 and Tie That Bind Lab in 2017. Currently, he is working on his documentary For Me and Others Like Me which was received the “Docs Spirit Award” from Docs Port Incheon in 2016 and developing his first fiction feature film The Beer Girl in Yangon.