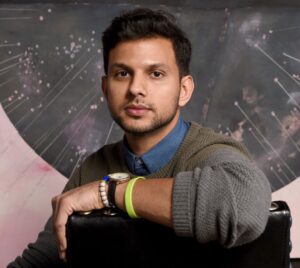 Amman Abbasi is a Pakistani-American writer-director, editor, and composer from Little Rock, Arkansas. Filmmaker Magazine listed him among the 25 New Faces of Independent Film in 2016. His film DAYVEON premiered at the 2017 Sundance Film Festival, was an Official Selection of the 2017 Berlin Film Festival, and went on to get two Film Independent Spirit Award nominations in 2018, including in the coveted Someone to Watch category. Abbasi’s upcoming projects include THE QUENCH (Co-writer/Director), which is set up at BRON Studios. Prior to narrative films, Abbasi had worked in documentary for several years, traveling the world and discovering undocumented stories. In 2011, while working with the Renaud Brothers, Abbasi traveled to Haiti to cover the aftermath of the Haiti earthquake for The New York Times for a documentary piece, which went on to win the prestigious duPont Award. Abbasi has most recently spoken at the roundtable seminar at 2019 Cannes Film Festival and also guest lectured at Columbia University’s MFA program in 2018. As an editor, Abbasi worked on LAST CHANCE HIGH in 2015, which received an Emmy nomination for outstanding editing. As a music composer, Abbasi’s music compositions have appeared in several commercials, films, and documentaries, and most recently he was a music consultant for HALLOWEEN (2018) and HALLOWEEN KILLS (2020). In 2008, he and his brother’s debut album, Something Like Nostalgia, topped the charts in Japan.