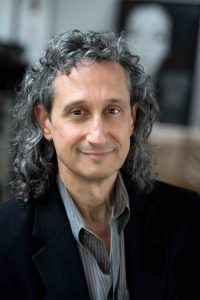 Richard is at the forefront of innovation in the world of distribution and marketing of feature films. He has been an industry leader in personalized, focused film marketing and distribution that bypasses traditional film studio methodology, providing valuable, customized alternatives to content makers and owners. Richard has been teaching college film classes for 15 years (NYU, Purchase College) and has lectured internationally on topics of film production, distribution and marketing as part of the American Film Showcase — a partnership between University of Southern California’s Cinematic Arts program and the U.S. Department of State’s Bureau of Educational and Cultural Affairs. Richard is a current or former member of several advisory boards, including SXSW, the Hamptons International Film Festival, and The Creative Coalition. He co-founded The Seventh Art Stand, serves on juries and speaks at film festivals including Sundance, Hot Docs, DOC NYC and the IFP. Richard also serves on the Jacob Burns Film Center Board of Directors and is a member of the Academy of Motion Picture Arts and Sciences.