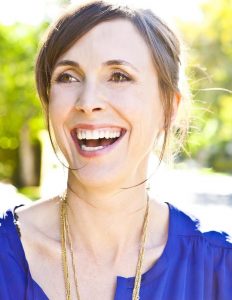 Martha Adams is an award-winning storyteller who produced the film at the center of the Girl Rising campaign. Forbes Magazine named the Girl Rising movement the #1 Most Dynamic Social Initiative of 2012, Newsweek/Daily Beast named Adams one of “125 Women of Impact,” and today, acting as Girl Rising’s Chief Creative Officer, she produces stories and authors creative partnerships to fuel girls empowerment advocacy around the world. Most recently she traveled with Meryl Streep to Africa to produce the CNN special We Will Rise: Michelle Obama’s Mission to Educate Girls Around the World; now the highest rated CNN Film of all time. Adams is also a Senior Fellow at The University of Southern California’s Marshall Brittingham Social Enterprise Lab which recognizes leadership at the intersection of business and social impact, and in 2015 Novus awarded her “Humanitarian of the Year.” She began her career at Discovery Channel and after 5 years in production and programming, she co-founded Arcwelder Films. She executive produced a wide array of films that won an array of awards including a National Emmy, Worldfest Houston prizes, New York Film Medals and Cine Awards. Martha graduated cum laude from American University in Washington D.C.