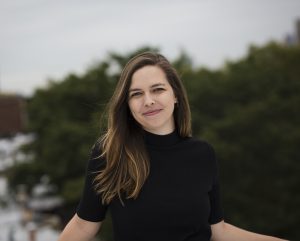 Spencer Bakalar is a documentary editor and story producer. She entered documentary film by way of video journalism, at outlets like the Los Angeles Times and TIME. While at TIME, she produced and edited “Firsts,” TIME’s expansive, award-winning documentary series featuring 46 groundbreaking women, and interviewed almost every woman on the list– from Madeleine Albright to Aretha Franklin. ”Firsts” was selected by the American Film Showcase in 2018, and she conducted workshops in Israel and Indonesia. Her work has been recognized by the Pulitzer Prizes, the Livingston Awards, the Webby Awards, and the News and Documentary Emmys.