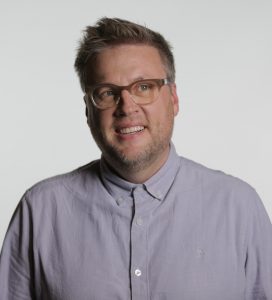 Michael Barnett is an Emmy-Award winning filmmaker with a history of telling inspiring, inquisitive, and captivating stories. Michael’s first film, the Emmy-nominated HBO documentary “Superheroes” is a chronicle of the real life superhero community. In 2012, Michael created the production company SuperFilms! and Executive Produced Sundance Selects & IFC’s “Gore Vidal: The United States of Amnesia,” which premiered at the Tribeca Film Festival. In 2016, Michael released his next film, Showtime’s “Becoming Bulletproof,” an intimate story of a group of filmmakers living with disability which went on to win over 25 Best Doc/Grand Jury/Audience Award prizes. Michael’s latest film “The Mars Generation” is a Netflix Original Documentary, premiering spring 2017, and was selected as one of the opening night films at the 2017 Sundance Film Festival.