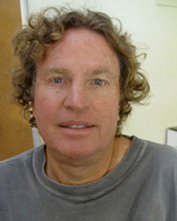 A graduate of the London Film School, Jim Bigham is a diehard filmmaker since the early seventies.  Jim has worked all over the United States and abroad handling many levels of production on projects including major feature films, television programs, documentaries and hundreds of national and international commercial campaigns.  Jim took the first film crews behind the Iron Curtain to produce Glasnosts Rock in September 1988.  This historic rock concert was the first of its kind, recording the opening of the Soviet Union through the Baltic states’ version of Woodstock. He has over twenty-seven feature film credits including Great Expectations, Body Heat, & Bad Boys.  In 1996, Jim was line producer on a Turner documentary entitled, Chasing the Dream, which was nominated for an Academy Award. Recently Jim finished working the pilot for HBO series, Ballers picked to air in 2014.  Jim was UPM on Steven Soderbergh’s, Magic Mike and on the feature film, Dolphin Tale. Jim received a 2007 Independent Spirit Award for the critically acclaimed feature film Sweet Land, which he line produced.  Jim’s most recent documentary project, For Once In My Life that he both produced and directed has won the audience awards at SXSW, Sarasota and the Nashville 2010 Film Festivals, and jury awards at Sonoma and Nashville.  Jim and this film, won the International Documentary Associations Award for the Best Musical Documentary in 2010.  In 2007, he produced 3 new documentaries that appear in the New World of Coca-Cola Museum to celebrate the history of advertising. The Coca-Cola Pop Culture documentary was directed by and collaborated with legendary team of D.A. Pennebaker. Jim lives in Miami with his wife Cathy and their daughter Julianna.  They are avid sailors both competitively and leisurely, enjoying boating and all water sports as their favorite hobbies.