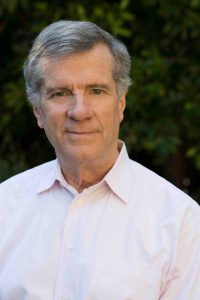 Peter Broderick spearheads the distribution of exceptional independent films and consults with filmmakers around the world. As President of Paradigm Consulting, he helps film- makers and media companies maximize distribution, audiences, and revenues. Peter specializes in state-of-the-art strategies, including new approaches to global distribution. Peter was President of Next Wave Films, which supplied finishing funds and other sup- port to filmmakers from the US and abroad. He helped launch the careers of outstanding directors including Christopher Nolan and Amir Bar-Lev. A key player in the growth of the ultra-low budget feature movement, Peter became one of the most influential advocates of digital moviemaking. Now focused on the revolution in film distribution, Peter gives keynotes and presentations internationally. He’s spoken to emerging filmmakers in Amsterdam, Berlin, Cannes, Durban, Guadalajara, Havana, Lon- don, Rio de Janeiro, Sydney, and Toronto. Peter has written for The New York Times, The Times of London, The Economist, and Scientific American. He publishes The Distribution Bulletin about the latest in independent film distribution and marketing, which has 11,500 subscribers worldwide. Peter is a graduate of Brown University, Cambridge University, and Yale Law School.