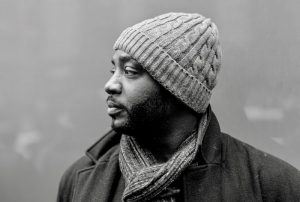 Alrick Brown is a filmmaker and educator. He has found his calling writing, directing and producing narrative and documentary films focused on issues affecting the world at large. Alrick graduated from Rutgers University with a BA in English and an Ed. M., where he has taught undergraduate courses on the African American image in cinema. He received his MFA from NYU’s Tisch School of the Arts, where he later taught courses to both undergraduate and graduate film students.