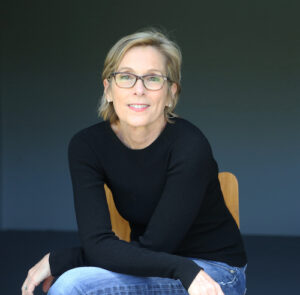 Photographer and filmmaker Carolyn Jones has devoted her career to photojournalistic storytelling, believing that stories can change the human condition when presented in an authentic way. She found her voice in storytelling with the publication of her first book Living Proof: Courage in the Face of AIDS, and then focused on stories of women, meeting artisans supporting entire communities and exploring what generations of women can pass down to one another with her book The Family of Women: Voices across Generations.

Carolyn has spent the last decade examining the most pressing issues in our country through the lens of nurses who are working on the frontline of our healthcare system. Two of her documentaries focused on nurses—The American Nurseand In Case of Emergency are featured in the American Film Showcase, and as an AFS filmmaker she conducted workshops and film screenings across Russia. Her films have been broadcast and distributed worldwide, including on PBS and Discovery, and most recently In Case of Emergency won the Grand Jury Award for Best Documentary at the United Nations Association Film Festival.

As a lecturer, Carolyn has spoken at conferences, universities and events around the globe, including a 2016 TED Talk. She founded the non-profit 100 People Foundation which creates educational films and curricula for participating students in thousands of schools in over 90 countries worldwide. Carolyn is currently developing a new documentary project that will focus on the mental health crisis in this country.