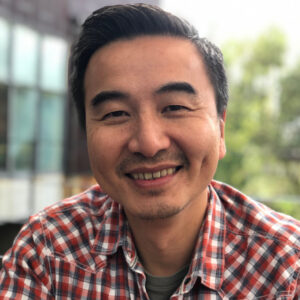 S. Leo Chiang is a filmmaker based in San Francisco and Taipei. His most recent film, OUR TIME MACHINE was nominated for an Emmy & a Gotham Award, and won awards at Tribeca, DocEdge, & 10 other international film festivals. He directed two episodes of the landmark 5-part PBS series, ASIAN AMERICANS, which won a Peabody Award in 2021. His previous films include the Emmy-nominated A VILLAGE CALLED VERSAILLES. He has served as a mentor for the Hot Docs CrossCurrent Fellowship, CNEX Chinese Documentary Forum, and AIDC (Australia). Leo co-founded A-Doc, and is a documentary branch member of the Academy.